5 brands which will disappear in the next 5 years

Five years is a lot of time given the current pace of technological advances, but most brands take an unreasonable amount of time to truly die. Anything that is going to truly disappear in the next five years is already on the way of obsolescence. Take the case of Woolworths, a high-street retail chain which had more than 800 stores in the UK, and was the main enterprise of the Woolworths Group. The Woolworths store chain was around for more than 100 years and was officially dissolved in 2015.
Lets check out these candidates:

Poor sales for Sears and Kmart during holiday seasons proved that both department store chains continue to fade in relevance for bargain-seekers, and in 2016, the parent of the two struggling retailers revealed that it would be closing as many as 120 stores.

Sears Holdings is in a lose-lose situation. It needs to update its stores if it wants to stand a chance against its ‘budget trendy’ rivals. Unfortunately, the company just began tapping its credit line, so it’s not as if it can afford the necessary upgrades.

Shoppers are finding cheaper prices online for electronics, forcing Best Buy to shave its already meagre margins just to remain competitive. The same shoppers whom it has armed over the years with smartphones, tablets, and laptops are now using those devices to find better prices online. Even when folks do walk into a store, they can easily compare prices using their smartphone to make sure that they’re getting the lowest price. Let’s also not forget that these are also the same devices that are making all of the shelf space that Best Buy had devoted to CDs, DVDs, books, and video games.

For growth, Best Buy has turned to smaller stores that sell only mobile products. That strategy may or may not pan out over time, but either way, the massive Best Buy stores as we know them now are toast.

Since 2014, employees are checking out of the New York City based start-up, which was founded in 2009. Foursquare has lost several key members of its engineering team and other employees from content and recruiting teams. Third-party firms that track user engagement tell a sad story about Foursquare and its companion Swarm app. The mobile tracking firm App Annie reported Foursquare for iOS ranks #547 in the US for general, daily app downloads. Swarm doesn’t rank at all. Neither app ranks high enough on Android to chart. According to comScore, mobile traffic for both apps has plunged. Alexa also paints a steep decline for site traffic.

Experts have suggested that acquisition is the best path for the location-based network, because without a partner that has more resources and horizontal businesses, they cannot compete in the market. In 2015, reports claimed that employees were confused as to why the company hasn’t been acquired, when it had $41 million in debt.

Many of Foursquare’s initial users flocked to the app for its gamification features: Someone who checked into a place more often than any other user was crowned that venue’s ‘mayor’. Sometimes, retailers offered material incentives, too, like discounts and freebies. Facebook recognised this potential and released a Foursquare-like feature of its own in 2010 dubbed Places. In 2012, the company rolled out its first in-app business ads, followed by Foursquare for Business, offering businesses better targeted advertising and higher listing placement in the app. Monetizing its location data has yet to generate significant profits, despite a deal with Microsoft, which has Microsoft using its location data to help power Cortana, Bing and Windows.

In 2012, one of its co-founders was pushed out of the company, because he no longer had a viable role in the company. In 2015, it was reported that the other co-founder, Dennis Crowley, wants some change and that he would stay at Foursquare for at least a while longer, for fear of sending employees the wrong message and hurting morale. So nobody will be surprised when Crowley checks out of the start-up he helped create.

Well before Apple’s iPhone, Blackberry kicked off the smartphone revolution and brought the office into the grasp of executives all over the world. Ease of use and security made Blackberry handsets the choice for corporations everywhere – not to mention world leaders. But later, unable to keep up in a market of sophisticated phones with vast app stores and big screens, Blackberry was soon seen as a boring business phone. The firm had one glimmer of hope in Blackberry Messenger which was unexpectedly popular with teenagers. But even BBM eventually lost out to Whatsapp and Snapchat as teens choice of communication.

By Blackberry’s own admission, its handsets are performing terribly. The current CEO John Chen said he’d pull out of the device market if things didn’t pick up soon. Blackberry sales now account for less than 1% of the global smartphone market. According to Forbes, less than 10% of Blackberry’s value is from flogging handsets. In 3rd quarter of 2015, Blackberry managed just 800000 mobile device sales. In 2016, the beleaguered company released 3 new smartphones to determine if Blackberry can survive in the hardware manufacturing business.

Since its hardware sales have struggled mightily in the past few years, the company plans to transfer its efforts toward providing software and security solutions for the enterprise market. But this segment has not yet compensated for the declining handset sales. The company might survive, but not in the rapid mobile world.

Back in 2011, when Facebook had already garnered 500 million users, Google launched what at the time seemed like a credible Facebook competitor – Google+. Google did so many things right; the design was great, used really advanced web technologies, and its focus on privacy with the help of its Circles seemed like the right antidote to Facebook. People were genuinely excited about Google+.

Then the honeymoon was soon over. Circles turned out to be too complicated for most people and the idea of sorting your friends into buckets always seemed strange. Even in its early years, the Internet giant seemed to focus more on figuring out ways to increase user numbers than on improving the product. They almost forcefully pushed the creation of a Google+ account in order to use other products and services such as when commenting in YouTube. Google also kept the service mostly closed to third-party developers because the company didn’t want to disturb the platform.

Google’s insistence on building Google+ into all of its products, largely driven by the project’s head Vic Gundotra, was one step too far and after Gundotra’s exit in early 2014, it probably spent as many engineering hours on removing all of its Google+ integrations as it did on building them in the first place. In 2015, its main features – photos and communications – became separate Google products in the name of Google Photos and Google Hangouts, respectively. Google then relaunched Google+ as an interest-based networking, focusing on Communities and Collections in an attempt to narrow its scope.

According to Nielsen, Google+ has a mere 7 minutes of dwell time compared to Facebook’s 7 hours and 30 minutes. The engagement rate decline of Google+ is 98% year-over-year. The New York Times referred to Google+ as a ghost town wherein almost 270 million of its users no longer interact with the platform and its features.
Google just couldn’t seem to figure out social. Orkut, Reader, Friend Connect, Wave, Buzz – all of them were catastrophic for the tech giant. Such disappointments were carried to operating Google+. The fact that Google+ is still online may come as a surprise. In no time, Google+ will be included in Google’s ever-lengthening list of failed social attempts.

Many of these brands have been around for several decades. Could they really disappear in the next 5 years? 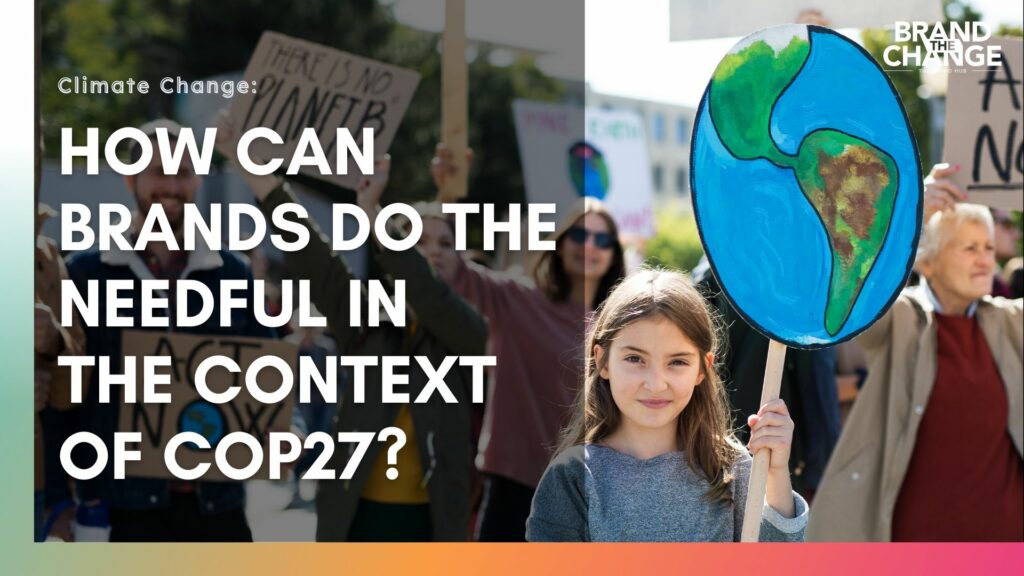 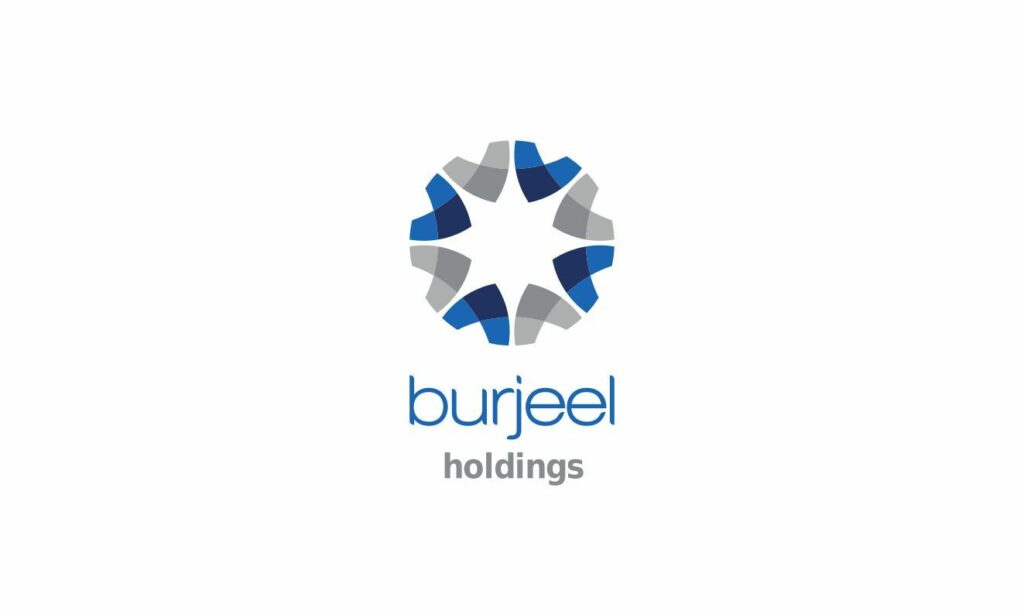